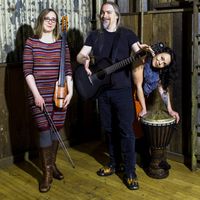 ilyAIMY returns to the Burren after almost 3 years!!! Joined this night by Phil and the Flying Leap, a band that twists and re-imagines music across multiple genres of classic American song spanning Vaudeville to Nashville to Somerville and everywhere in-between. Songwriter Phil Berman's melodies and lyrics usher the Great American Songbook into the 21st century. The group released their debut album Play the Part in 2021.