Of Stars That Do Not Give A Damn - A Throwback 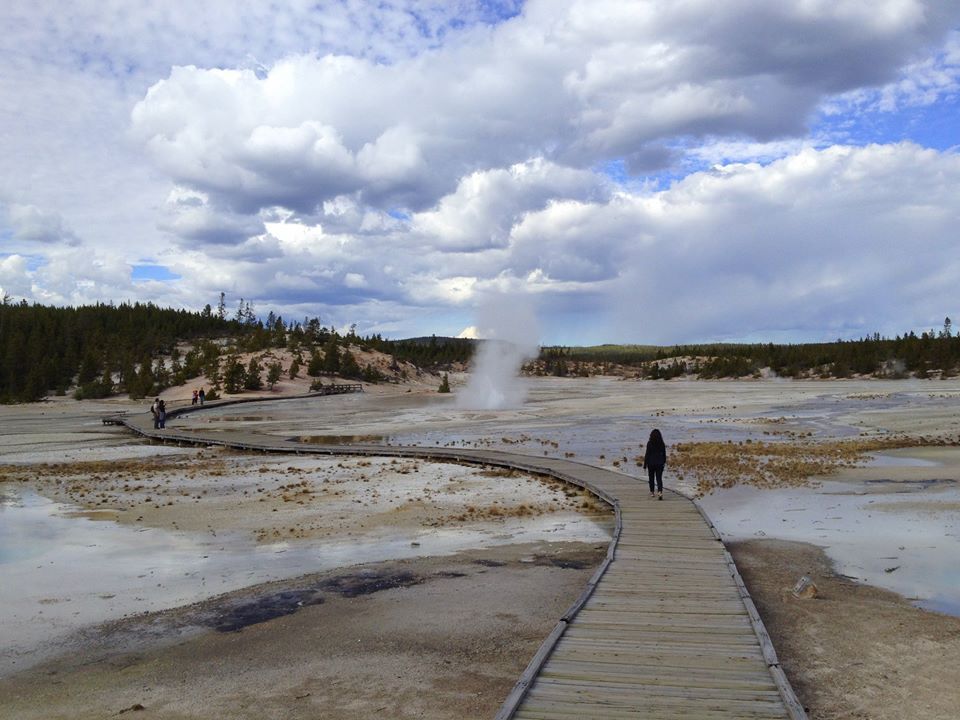 Admirer as I think I am

Of stars that do not give a damn,

I cannot, now I see them, say

I missed one terribly all day.

Were all stars to disappear or die,

I should learn to look at an empty sky

And feel its total dark sublime,

Contrary Mary of Caney, KS, was a sheriff’s wife …  so she had to be good. She also (whether she had to or not) kept pretty much to her husband’s jurisdiction. She never ventured farther than Bartlesville, OK, less than 20 miles over the state line. And since she and I were having this conversation in a nursing home, it’s safe to say she never will.

Six days later, I drove into my 43rd U.S. state, Montana. It might have been because of Mary that I set an alarm for 4 a.m. to watch the lunar eclipse. See, Mary seemed neither stubbornly proud of her stick-town-itiveness, nor  troubled that she never saw much. That’s the trick: Regardless the expanse of one’s adventures, it’s really a person’s satisfaction with those adventures that defines a good life. Mary seemed satisfied. My bandmates and I were already on a 45-day, cross-country adventure.

I arrived in the star-splattered blackness of Daniel, WY, exhausted, dehydrated and eying the guest bed. But as I grabbed my favorite pillow from the car, the moon was so full and bright that my shadow followed me on the ground as if I was Peter Pan. The shadow pulled at my wild heart, and I knew I had to wake to see the Blood Moon.  The universe delivered me to the perfect place, not 20 miles away over a state line, but just over the windowsill.   I woke alone and dressed for the cold, and met the silhouette of a large man in a coat.   "You must be Jim," I whispered. I was meeting the owner of the house I was sleeping in for the first time in the darkness. He’d gone to bed early so he could see this, too.     Outside, looking down, Jim and I met the quiet, warm, friendly nuzzles of their two dogs, Lucky and Reddy. Looking up, I could see the Milky Way, and so many bright points, my celestial navigation was thrown off completely. We picked out a couple constellations, watching the moon turn a brownish red until only a sliver was left. I climbed back into my borrowed bed, and slept, satisfied.

I always thought I loved water and green, but my heart was broken open by the rocks, brush and grass of the landscape once we got to Wyoming. The sun-bleached tones and wind-whittled boulders make it obvious that this is a place of so much memory. But the weathered landscape suggests wisdom rather than bitterness, like someone so content with his long life that remembering the particulars becomes unnecessary. Contented and ancient. A place of forgetting. I felt like if I stayed, I would forget every hurt I've ever known, the hard landscape a gentle reminder that these troubles are small, and the coyotes and the mountains and the barbed-wire fences have stood through them all and are not concerned with them.  (They do concern themselves – the fences that is – with other things. For example, Jim tells me that the top wire is at 30 inches and the second at 20, so pronged antelope can dig under, and moose can step over, lest they get tangled up and die.)

By the time we arrived in Yellowstone, I was drunk on the landscape, simultaneously reveling in it and mourning for it. It felt like walking on the sand mandala painting Tibetan monks make, knowing they will drop it into a local water source and destroy every pathway lay down a grain at a time. I am in the caldera of a massive volcano. Steps from the tires, the ground seethes and waits. At times, they cordon off parts of parking lots and roads caving in to the geothermal activity. I am allowed to stand right here, but not a foot away there – the illusion of safety on top of a super volcano. The place is so alive, and it’s dying. Old Faithful is not as faithful. One day - perhaps even this very day – in a cataclysm of ash and fire all of this will be gone. My god.   Pictures don’t do it justice. When the full moon rose, and the steam vents billowed in the light, it might as well have been the moon.

There have been so many moments on this trip where I have felt reverent. The night we left Contrary Mary behind in Kansas, we drove into the sunset and a field of wind turbines at the Smoky Hills Wind Farm. I knew the blades were spinning incredibly fast, but at that massive size each turn seemed leisurely. When coupled with a massive field (a hundred?) of the creatures, it began to appear as a great migration. Maybe they are the only creatures left. They are all turned to the sun … maybe it’s their god? Maybe they are afraid of the dark. Maybe they only know one thing: That they have to get there.